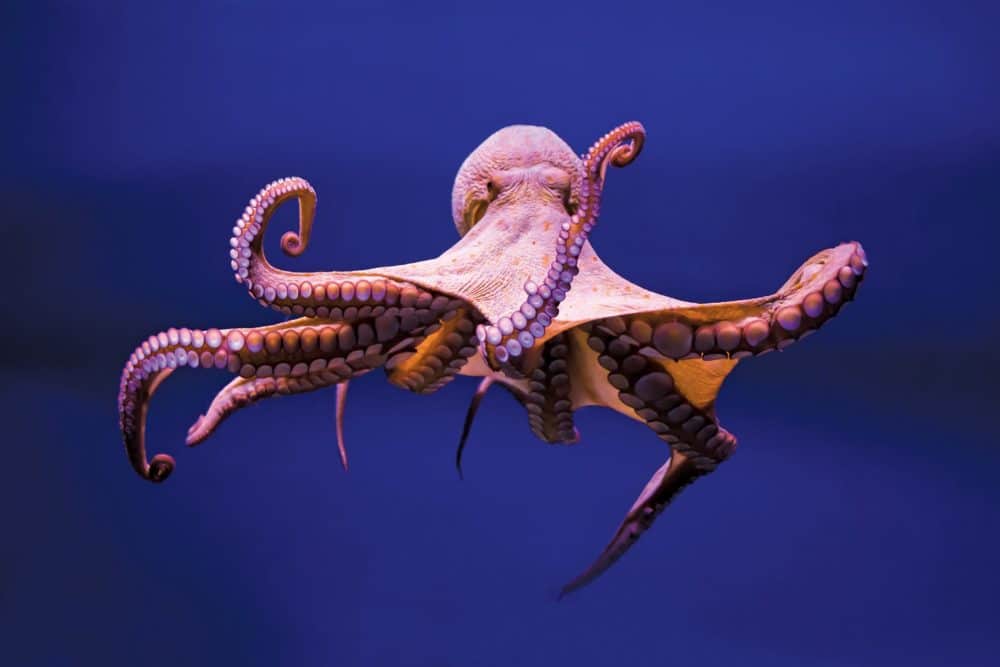 For centuries, we’ve looked up to the stars and dreamed of walking among them. We get closer to that dream every day, too. Since 1969, we’ve sent twelve people to the moon and dozens of astronauts back and forth between Earth and the International Space Station. Elon Musk’s SpaceX launches rockets almost every week, if not every day. In fact, they’re testing a new design, called the “Starship”, that’s supposed to be able to travel between Earth and Mars. Forget Intertops poker bonus– when does my Interstellar poker bonuses roll in?

However, as fascinating as Space is (and Space is pretty awesome), there’s another direction that’s just as amazing and nearly as unexplored. Earth’s Oceans comprise about seventy percent of the surface of Earth, yet we’ve only explored a tiny percentage of it. In fact, only three people have descended to the deepest reachable parts of the Ocean (the Mariana Trench)- and one of them was James Cameron.

As it turns out, it’s a LOT harder to go underwater than it is to go into Space. That doesn’t mean that the Ocean is any less fascinating. In some ways, it’s more fascinating than Space. While we have yet to find aliens, and probably won’t anytime soon, the Ocean is teeming to the brim with some of the most diverse, bizarre, and dare I say alien creatures you could possibly imagine.

One of the coolest denizens of the deep is the Octopus. Their weird shape, lack of bones, and camouflage abilities are incredible, to say the least. However, Octopuses are way cooler than you realize, and here’s why!

One of the most iconic abilities the Octopus possesses is its ability to hide almost perfectly on the ocean floor. It does this by changing not only the color of its skin but also by changing the texture of their skin too. It’s like if we were able to control the goosebumps in our skin, to better blend in with trees.

However, that’s not even the coolest part about it. Did you know that Octopuses are colorblind?

Yep, Octopuses, squids, and other cephalopods literally only see in grayscale. So how, you may wonder, do they know which colors they need to change their skin to in order to hide when camouflaged?

The trick is that they’re arms see the colors for them. The Octopuses arms have light receptors in them that can detect colors. In a way, they can see with their arms! So while their actual eyeballs see no color, their arms see it for them, and the Octopus then knows which colors to change its skin to hide itself.

I wonder what it must be like to see through the eyes of the Octopus- or er, their arms. Does the information of color get overlaid onto the information from the eyes? I have no idea, but it’s cool either way.

Intelligence is perhaps one of the most valuable traits to evolve in the animal kingdom. The fact that I can write this on a laptop so that you can read it from anywhere on the planet is sort of proof of that.

But just because humans are the top dogs doesn’t mean that intelligence hasn’t developed elsewhere in the animal kingdom. Cats, Dogs, Elephants, Orcas, and Dolphins are all extremely intelligent. We can even step outside the realm of mammals. Ants and Ravens, for instance, are both extremely intelligent in their own ways. Humans just came out on top first.

While most fish are pretty stupid, Octopuses rank up there with Cats and Dogs as in terms of raw brainpower- and I mean that literally. While humans break the scale with a whopping eighty-six billion neurons, Dogs have around five hundred and twenty million, and cats around half that with two hundred and fifty million. Octopuses, meanwhile, sit comfortably around five hundred million neurons and easily rival dogs in terms of sheer brainpower.

However, what makes the Octopus unique is that while for us mammals, the majority of those neurons exist in the brain, that isn’t true for Octopus. In fact, around two-thirds of those five hundred million neurons exist in their arms. Their arms can literally think. In fact, each arm has a certain amount of autonomy. They can move, touch, taste without being explicitly controlled, and if they need to be controlled, the central brain overrides whatever automatic process is happening and switches to manual.

It brings a whole new meaning to the phrase, “The left-hand doesn’t know what the right is doing!”

While it’s pretty clear that Octopuses are really smart, it’s a lot harder to figure out how or why they evolved to be so smart. Octopuses demonstrate traits that are similar to other intelligent animals but without seeming to have the same environmental pressures to do so.

For instance, Octopuses have been observed to enjoy playing. That might not seem so odd, but it is in regards to Octopuses. For a long time, it’s been theorized that humans and other social creatures evolved “play” as a way of improving social skills. Since Humans, Dogs, Orcas, and, yes, even Cats are social animals being able to work together with other members of the species is a distinct advantage.

Octopuses, however, are loners. They stick to themselves and hunt via ambush rather than in a united, coordinated effort. So the fact that Octopuses learned to play and have fun without having environmental pressure to develop social skills makes scientists go back to the drawing board when it comes to the evolution of play and intelligence as a whole.

After all, Octopuses and the other intelligent species I’ve mentioned separated in their evolution hundreds of millions of years ago. That means that the intelligence evolved separately between us land dwellers (Humans, cats, dogs), the land dwellers that returned to the water (dolphins, Orcas), and the Octopus. It’s an example of convergent evolution, where two separate species evolve similar traits for different reasons.

Octopuses are one of the only invertebrates with intelligence that can rival mammals. Out of a list of the smartest animals in the ocean, most people’s lists will contain mostly mammals and maybe the Great White Shark or Manta Rays. But neither are as unique or fascinating as the Octopus.

Just to really emphasize how smart Octopuses are, here are some things they’re known to do:

5) The Tragic Lifecycle of a Mother Octopus

As I mentioned before, Octopuses are loners, and they are since birth. The reason is actually a bit of a tragic mystery of its own. When female Octopuses brood, they lay their eggs and then guard them fanatically. The mothers literally do not leave the eggs, ever, even to get food for themselves, and eventually starve to death during the process.

One stalwart mother, of the species Graneledone boreopacifica, guarded her eggs for fifty-three months, or just over four and a half years, and was never observed eating by researchers over the course of eighteen separate dives. On the final dive, the eggs had hatched, and the mother was gone.

Before we start handing out the mother of the year awards, it’s a lot more disturbing than you might realize. This vigil is more than just a paranoid desire to protect their young. Mother Octopuses have been observed going into a sort of depressed slump as their brooding onsets.

They refuse to eat, even when presented with fresh food or even when easy prey wanders by. It gets worse and worse until the mothers literally become suicidal. They ram into the sides of containers and rocks, manically groom themselves, and forcefully pull themselves along the gravel in a desperate attempt to kill themselves, and no one really knows why.

Many species of fish are often cannibalistic and will even eat their own young if they’re peckish, so it’s theorized that maybe this death spiral evolved as a way to ensure that young octopuses survive their own parents. No one’s really sure, though, and it’s quite tragic, in a way.